Revenge is sweet for rampant Harps

Harpenden produced one of their best displays of the season to run in six tries against Southend Saxons. The victory, which avenged their heaviest defeat of the season, a 53-22 drubbing by the Essex side in October, lifted them into fourth place in London One North, just seven points below second-placed Colchester. However, for the first 20 minutes or so such a result seemed highly unlikely as Southend dominated both territory and possession. But then on 14 minutes in Harps’ first meaningful attack flanker Ed Preston rounded off a sweeping move to touch down in the right corner.

The score was very much against of the run of play as Southend continued to enjoy plenty of possession. On 22 minutes their stand-off, Ben Lloyd, kicked a penalty and two minutes later left-wing Tom Day touched down in the corner to give them an 8-5 lead. Harps, though, slowly began to wrest control from the visitors and were rewarded with a try on 30 minutes when left-wing Will Hague-Blundy went over. And just before the break number eight

Michael Goode scored their third try, which was converted by their recently arrived South African stand-off Declan Raubenheimer to give them a 17-8 lead. Harps went on the attack again immediately in the second half and it was Hague-Blundy who notched up the try bonus point on 45 minutes when he raced away to touch down in the corner. Southend continued to make a real fight of it and reduced the deficit to nine points with a try from wing Mitch Bennett on 55 minutes. 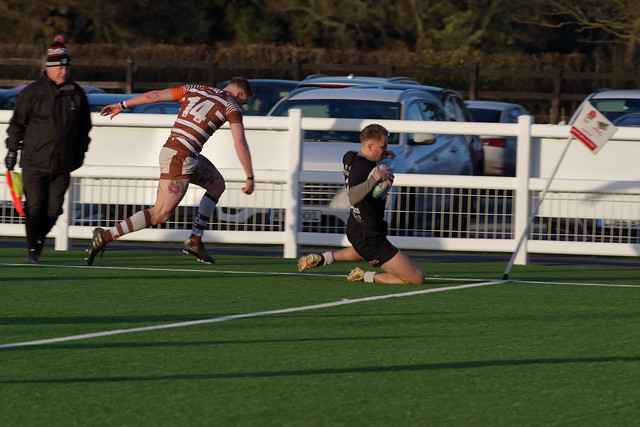 It was only a temporary respite as Harps, with Goode again leading by example and the 18-year-old Raubenheimer showing an impressive array of skills, continued to boss matters and it was no surprise when Goode went over for a second try on 65 minutes (converted by Raubenheimer). 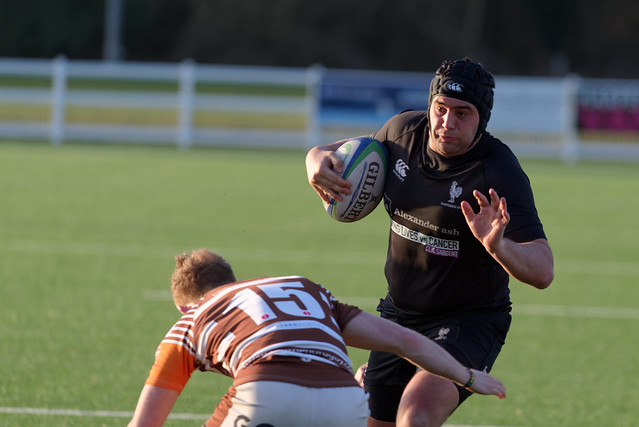 The last word belonged to outside centre Jimmy Speirs who capped another fine game by stealing the ball and scoring by the posts. Raubenheimer again added the extra points. 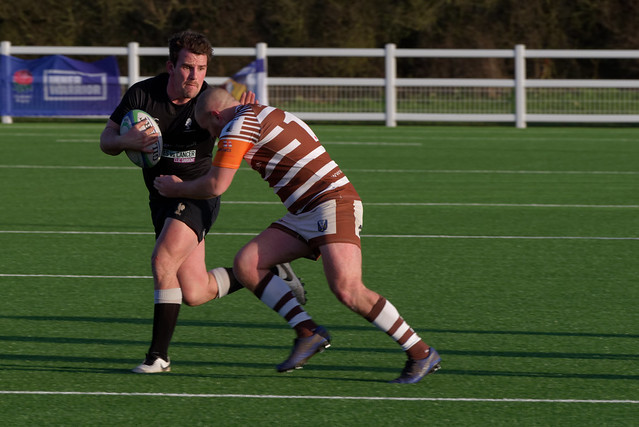 Harps skipper Oli Lacey said: “I am very, very happy – this is an unbelievable result. We did not get off to a good start as they put us under a pressure in the opening 20 minutes. But we showed a lot of maturity to change the way we played and we were rewarded with a great result.”

Harps are next in action at Ruislip on February 15. 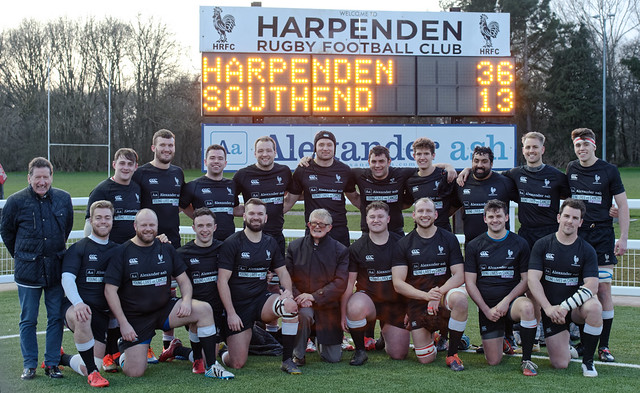